Our history made of water and flour...

Our history made of water and flour….

In the green heart of Umbria, on the shores of lake Trasimeno, immersed in the naturalistic oasis “La Valle”, a small and cosy kiosk, run by Maria and Faliero, emerged in 1969. Maria and her grandmother Pompilia kneaded the “torta al testo” (special bread cooked in an earthenware pan), made of water and flour; a fireplace always alight made it soft on the inside and crunchy on the outside….

Filled with sausages cooked over the fire and cooked greens, ham and local pecorino cheese, Maria’s torta al testo “de la Maria” became an unfailing appointment for all gourmets and lovers of genuine cooking of the old days.

Today, just as in the past, whoever enters our restaurant discovers the tastes of the old days

The crackling and constantly working fireplace, just as it used to be , the pastry board where the “torta” is prepared by hand by Luca and Cristiano, and Maria who pops out of the kitchen with trays full of “fettuccine” (long ribbon pasta), fried perch and seafood, chick peas, “panzanella” (mixed salad and bread), beans with pork crackling, appetising mixed starters, meat specialities cooked over the fire and steaks of rous wine! “chianina” beef!

Abundant portions “enriched” by a good and generous wine. 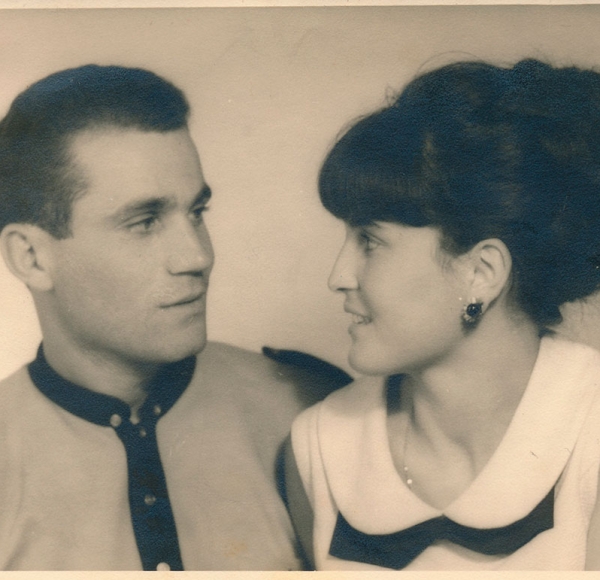 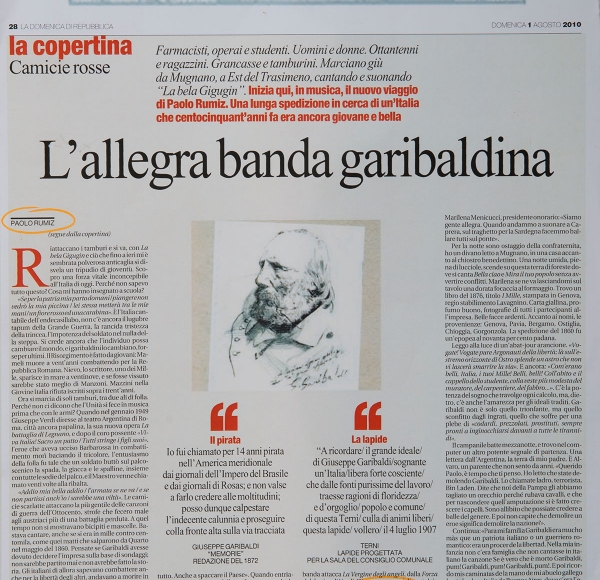 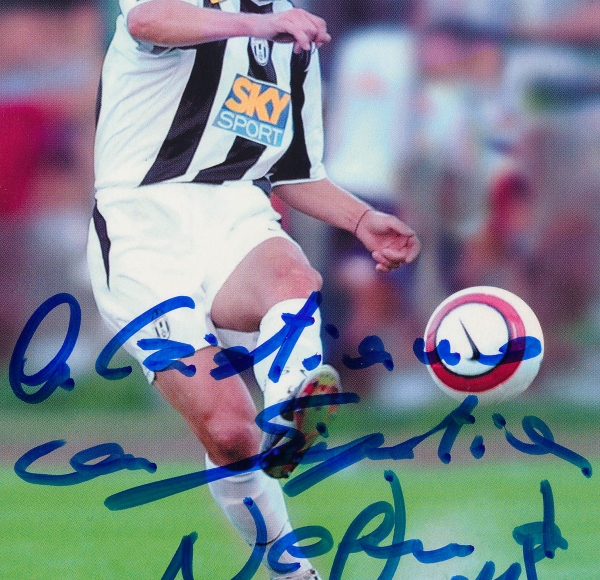 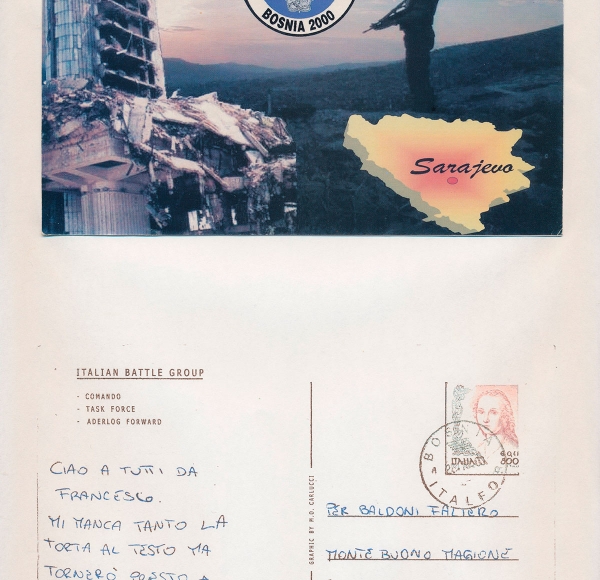 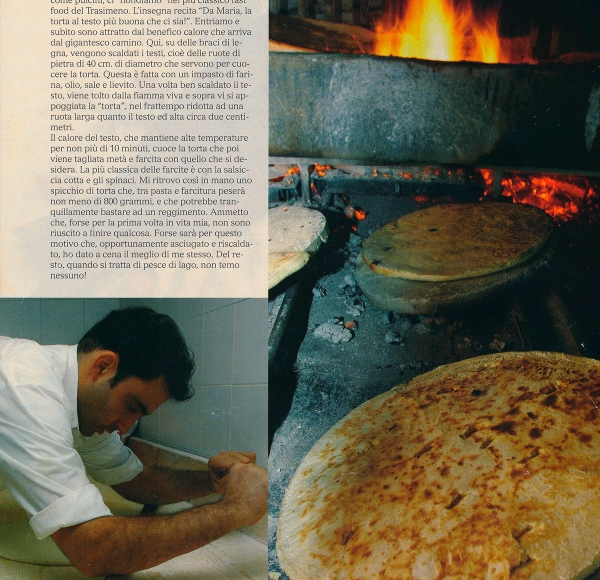 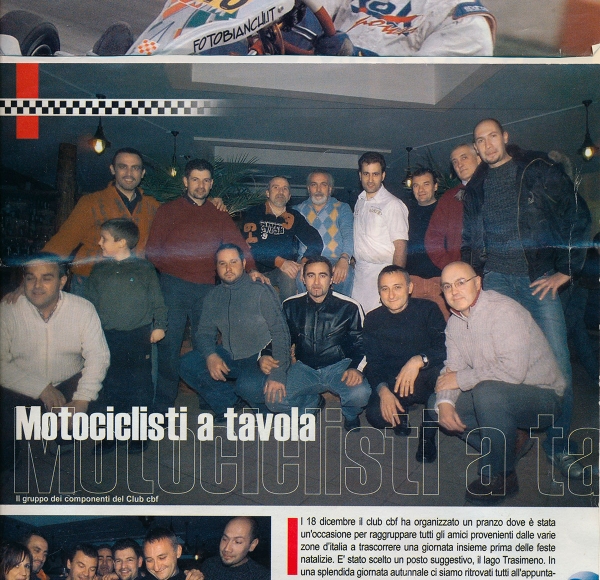 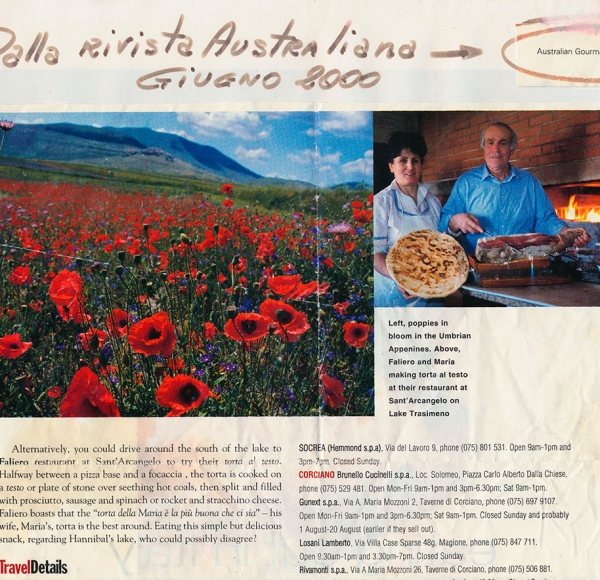 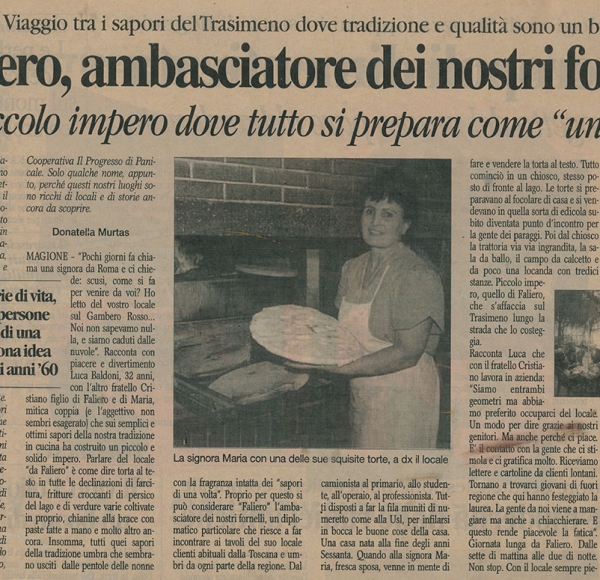 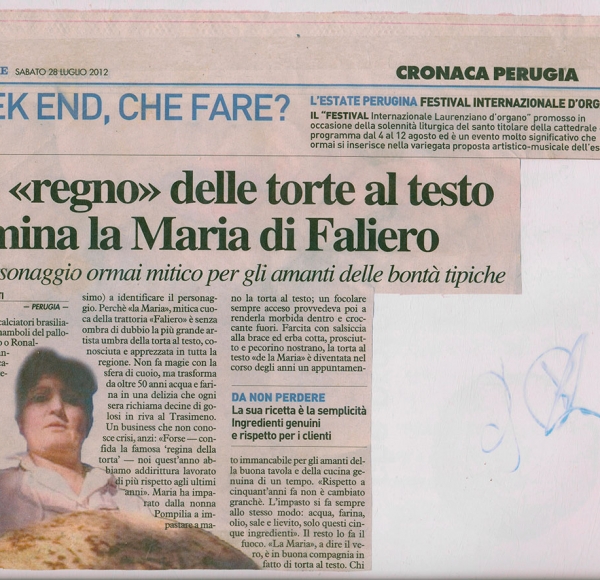 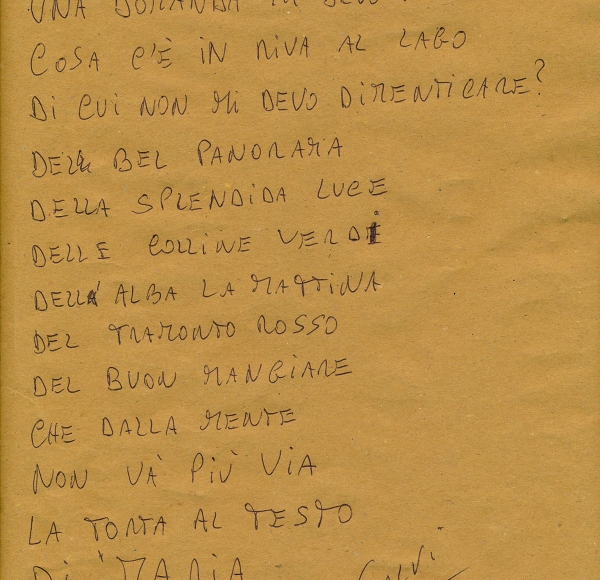 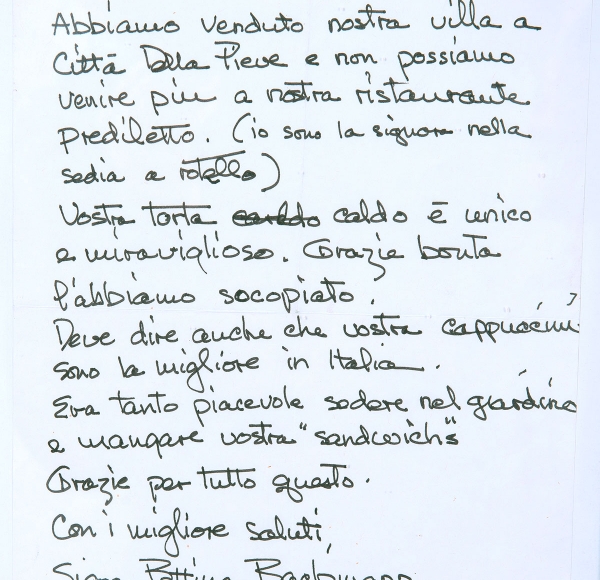 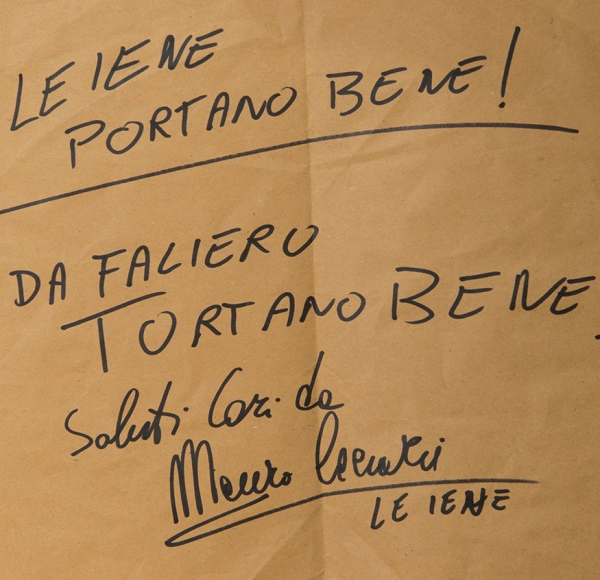 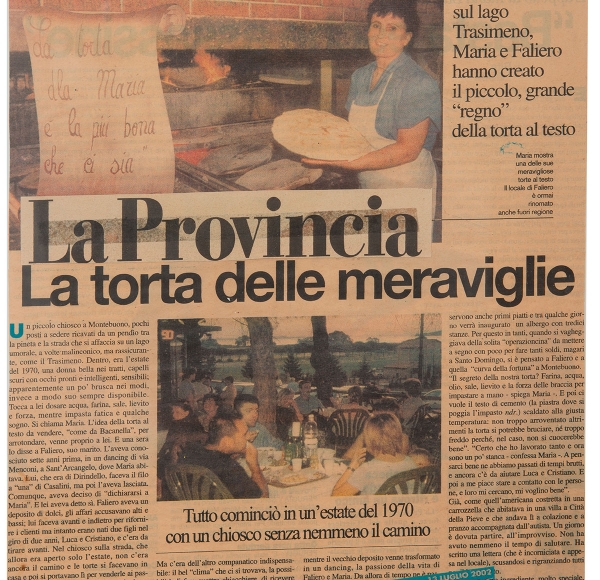 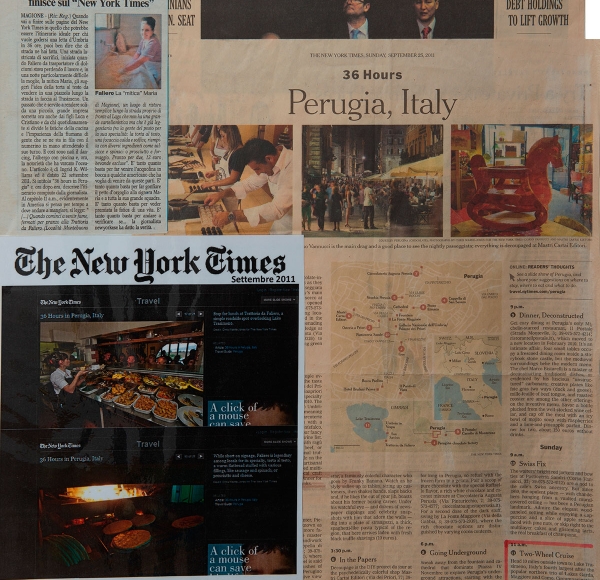 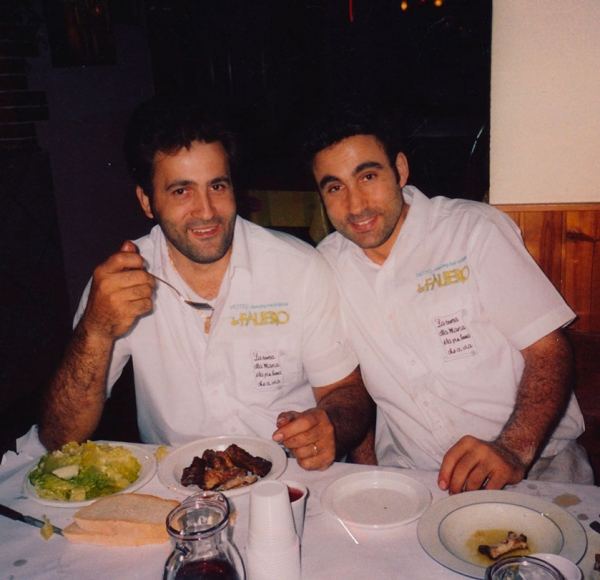 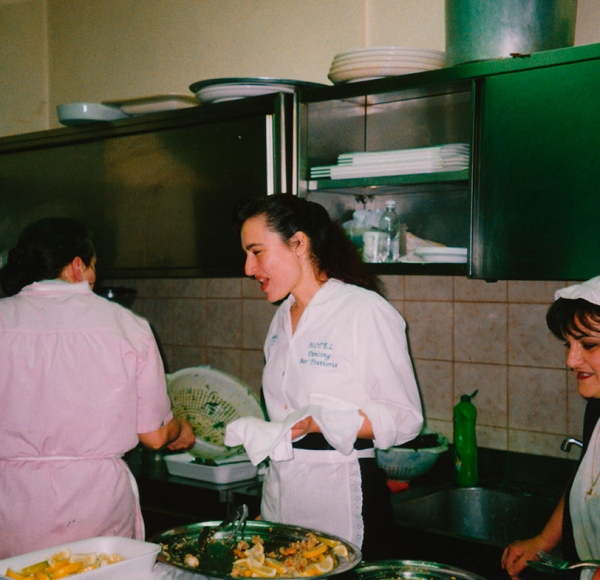 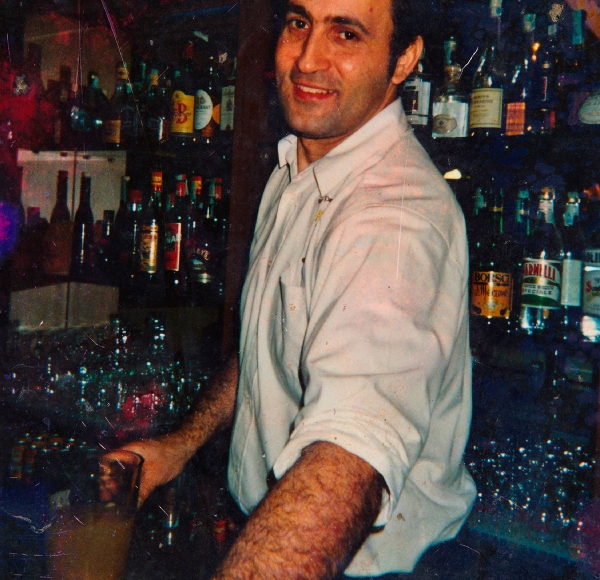 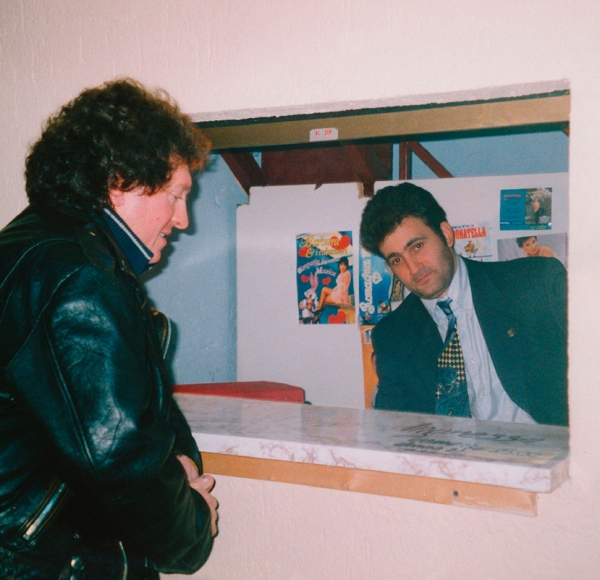 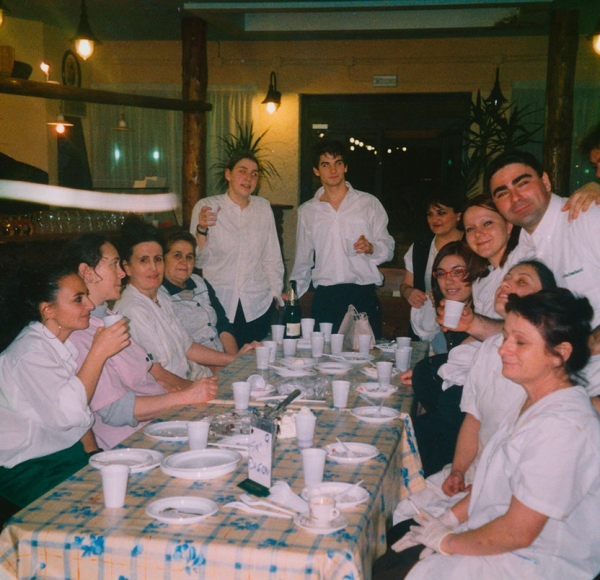 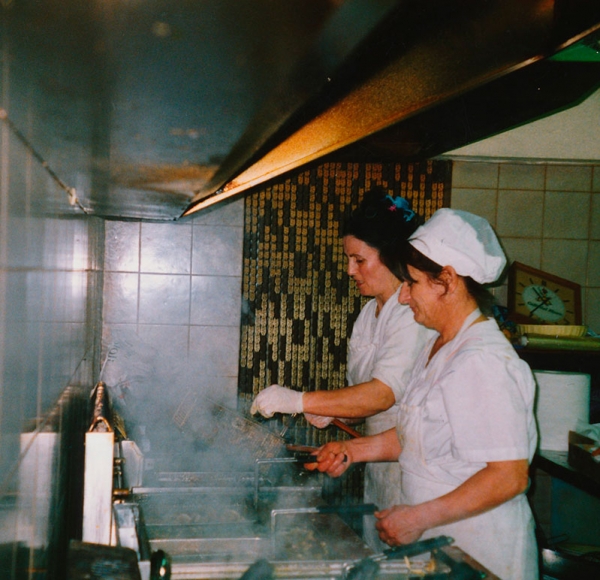 “A SUGGESTIVE LANDSCAPE SURROUNDED BY NATURE”